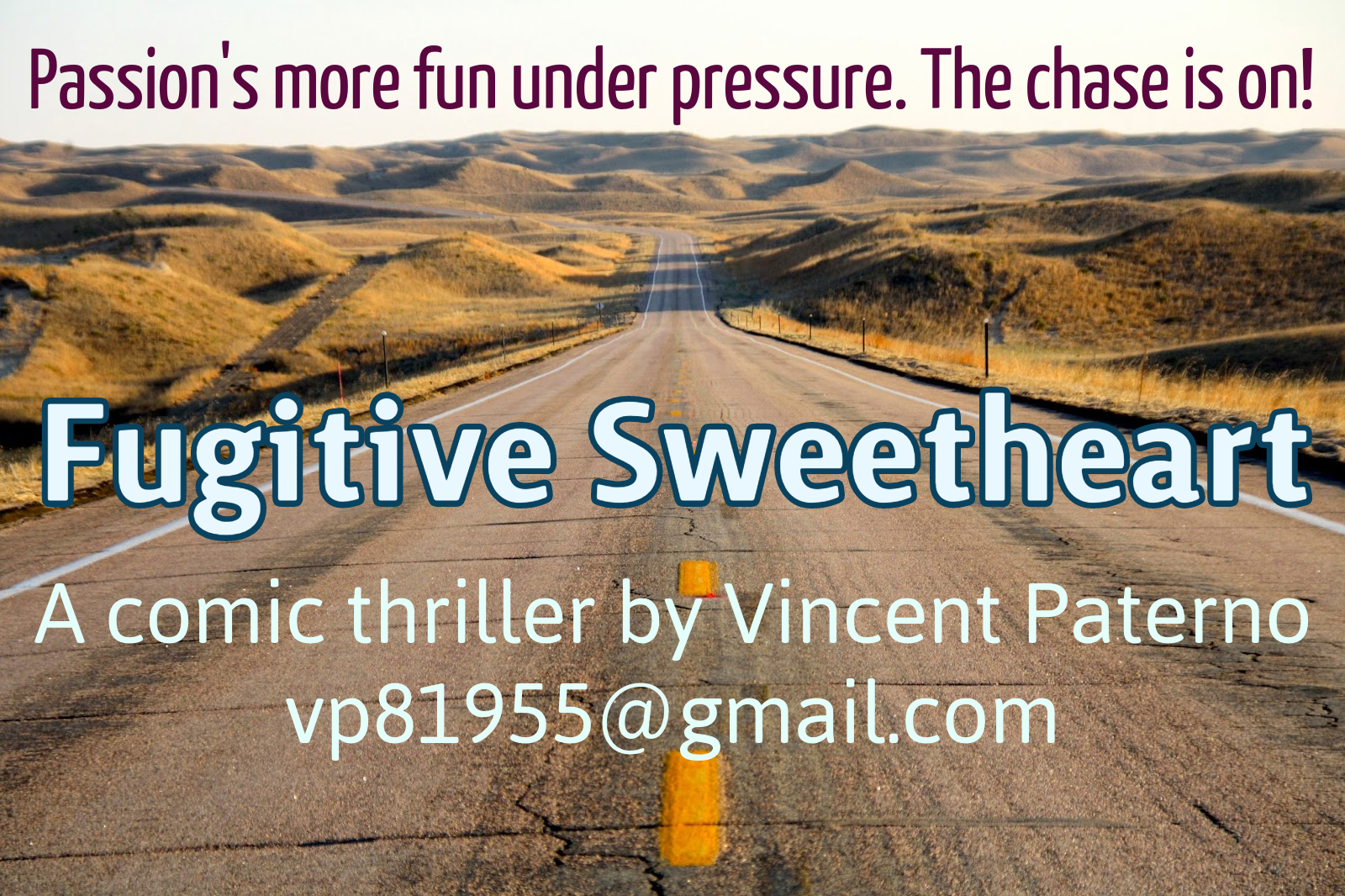 LOGLINE: A reporter suspects his copy editor is an old classmate with a new identity, protecting her when her cover is blown and the mob boss ex she helped convict seeks revenge.

Duane's new friend is sports editor Marco Piriano, who’s seeing Susan’s roommate, six-foot waitress Irina Stepanova. She denies Susan’s hiding anything. Duane and Susan attend a movie, then dine and dance. Susan notes both are from New Jersey, saying she’s from “West...ville” in south Jersey. They join Marco and Irina at a Rockies game; Susan gets tickets in the upper deck, saying it’ll give them privacy. When a long home run is hit, “non-jock” Susan makes a spectacular catch. It becomes highlight-reel footage as Dmitri Volkoff, a Russian mobster out of prison, sees Eloise isn’t dead after all and vows revenge.

Years earlier, the women met -- Susan as Eloise, Irina as Svetlana Kosygin, a Russian basketball star promised a U.S. college scholarship by Volkoff, an alleged Russian businessman. Instead, she was lured into exotic dancing, then sex work. She was to meet a client, “Vladimir,” who phones Eloise at her Brooklyn home to confirm the meeting. Curious, Eloise goes there and finds a tall blonde known as Tanya. She takes Eloise into the subway station minutes before “Vladimir” arrives and asks for help. On a train to Manhattan, Eloise learns Dmitri deals in prostitution and loan-sharking. The feds give them new identities and move them to Colorado.

Dmitri calls Russian associates to track down Eloise. Stills of the catch reveal Svetlana Kosygin sits nearby and that Marco is next to her. Dmitri rounds up a team to visit Bethel. Next Friday, Susan, Duane, Marco and Francine finish the Gazette, as Irina joins them after her shift ends. As the paper is printed, Dmitri, holding a gun, and three unarmed minions enter the office. Dmitri demands answers “from Eloise Kellogg.” Susan discloses her true identity; Irina confesses she’s Svetlana Kosygin.

As Dmitri plans to shoot his ex, a tied bundle of newspapers is tossed into the newsroom, hitting him in the back of the head and knocking him cold; the gun lands behind a storage bin. Henchmen carry Dmitri to his car, as Francine, Susan, Duane, Marco and Irina, fearing they may return, race for the publisher’s SUV and flee town. Francine calls Monte Bonneville, publisher of the Whitfield (S.Dak.) Daily Telegram, and asks if they can stay with him. He agrees, and they head to South Dakota.

Early Saturday, the recovered Dmitri and gang stop at the Gazette office, as Francine leaves a message where they’ll hide on the speakerphone. Dmitri begins pursuit, though he’s hours behind. Francine's group arrives at Monte’s house Saturday afternoon, where they have dinner, unaware Dmitri’s gang is nearing. All go to bed that night -- Monte in his room, Francine in one of three guest rooms, Duane and Marco in another, and Susan/Eloise and Irina/Svetlana in the third. Over the course of the evening, the three couples end up in bed together. At breakfast next morning, all confess they'd bedded their partners as Dmitri’s gang arrives.

Before he kills Susan and Irina, Dmitri wants to learn how they created a successful case against him. The six, locked in the master bedroom, seek a way to escape. Irina -- certain none of the henchmen has seen her before -- knocks on the door, seductively asking for help. She hears Dmitri snoring loudly downstairs and persuades the aide to invite his partners upstairs for a stripping game, promising “a tantalizing prize” to the winner. The men, who've put their guns down in the hallway, compply.

The men strip to underwear; Irina grabs a gun and the captives race downstairs. The henchmen put their clothes back on, but by then Monte races to his sedan and hands Duane the keys. They flee the house as Dmitri calls state police, alleging a passenger is involved in sex trafficking. But the sedan's police radio scanner is on, and Monte realizes the APB is about them; he tells police it’s not true. At a gas station/convenience store, Duane parks, as Dmitri’s car pulls in to refuel and Susan shoots out his tires. Duane races out of the parking lot; Dmitri and his cohorts are apprehended by police.

Francine says she and Monte will pool their papers’ expenses and get married, as the other couples plan to do. But when the Bethel five arrive at the Gazette, witness protection officials whisk Duane, Susan, Marco and Irina to southern California and new identities.